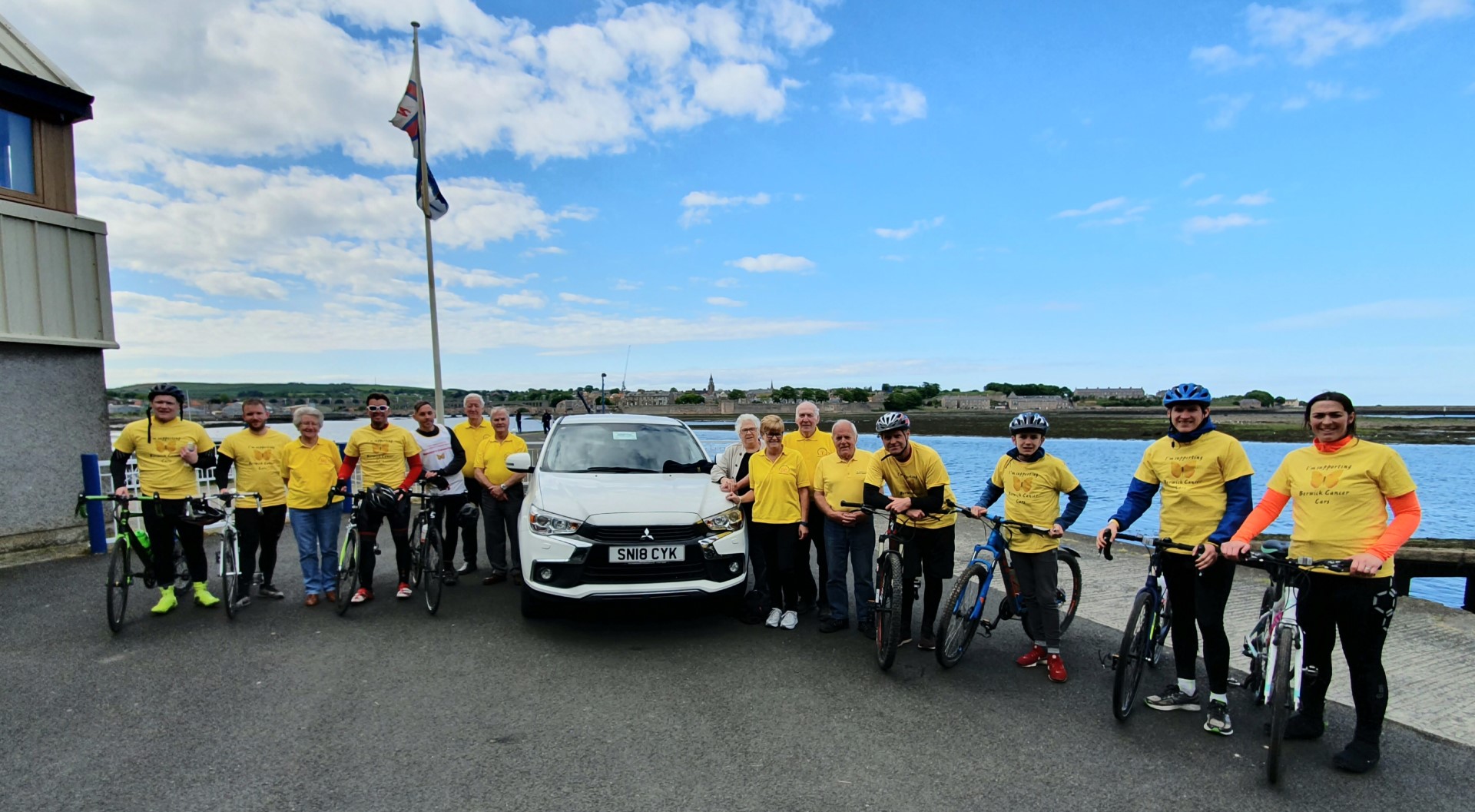 As if the Ross Family haven’t done enough to help our cars we had a surprise contact from David Ross who works for Greggs saying that The Greggs Foundation had pledged £250 towards the families efforts. This brings the total raised by the Ross Family to £6,133. The family were so please to have topped the £6,000 mark. Again, a massive thank you to the family and #Greggs4Good.

Sometimes, when a client approaches us for help with transport the last thing they would expect to be doing is going for treatment at the same time as their partner. Unfortunately, this is what happened to Brenda and Michael Ross. Their family was so overwhelmed by our support that they decided to organise some fundraising to give something back for helping their Mum and Dad.

Two events were organised, a mammoth bike ride from Freeman Hospital via Wansbeck and up to Berwick (simulating the journey Michael and Brenda had to go many times for treatment). 8 riders took part and tackled to challenges of the 74 mile journey ending at the Car Rock in Spittal. We were all there to cheer them in.

The second challenge was a 3 hour spinathon held at Limitless Studio in Berwick. A packed room of spinners took part and gave their all. Truly humbling at the support received on so many levels.

A massive total of £5,883 was raised from the events plus £250 from The Greggs Foundation.

We would like to thank the Ross family for their support and all who took part and sponsored the events. A big shout out to the riders: Caroline Bibby, Antony Bibby, Andy Horan, Ben & Finn Johnson, Chris Hulme, Joe Knowles and Chris Hudson. Also Kay Shutt from Limiteless Studio for co-ordinating the spinathon. Well done to David Ross and his wife Susan for taking part in the spinning, great effort by all.

The massive amount raised will help some many other local people to get to their cancer related appointments.

Thanks to Kay at Limitless for all your support. Limitless Studio can be found on facebook at: https://www.facebook.com/limitless.studios.berwick/

The Ross Family and Friends