Plundering Pirates of the North East

Plundering Pirates of the North East 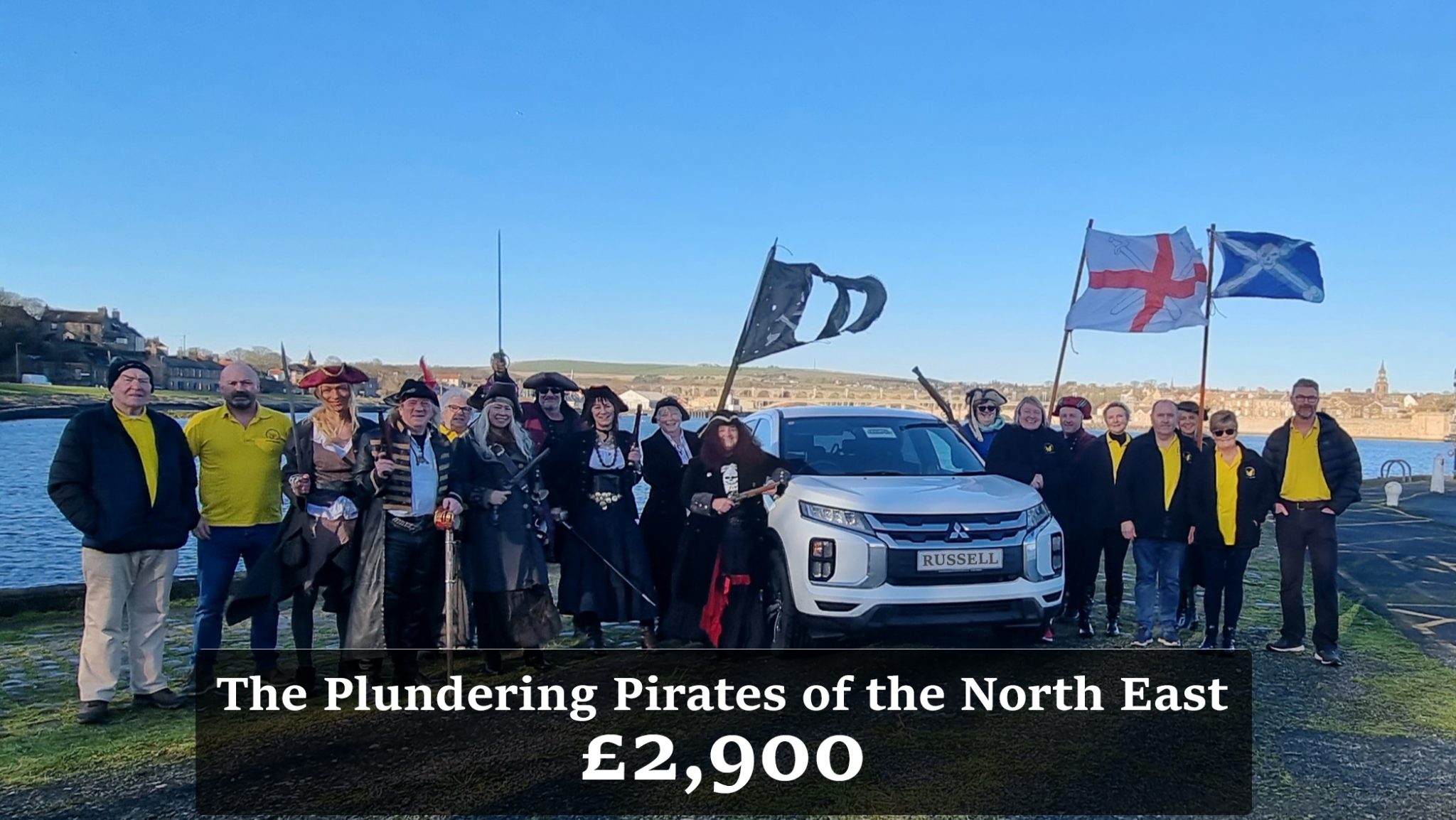 The Plundering Pirates of the North East recently handed over £3,000 to Berwick Cancer Cars. This money had been raised over several events held in the last 12 months. These included a pirate themed 1980s Disco, an open air birthday celebration, an online Christmas competition and a memorial send off for one of the pirate crew, Russell Toward, who passed away in the last year. The Plundering Pirates wish to thank Berwick Cancer Cars for naming one of their cars after Russell, a lovely tribute. They also wish to thank local band Not Now Norman for playing at two of the above events and also donating cash, which was included in the recent handover total. The pirates also have had great support from Robbie Reay and the Killer Cats, Luna Nigra Tribal Dancers and Leiper’s Entertainment this past year.

The £3,000 handed over takes the pirates cumulative total raised for the cars to £20,000 over the past ten years. A lot of fun has been had achieving this through a variety of pirate themed events. We are proud to be pirates.

A few of the magnificent marauding Pirates met up with a band of Berwick Cancer Cars ‘Yellow Tops’ for a waterside presentation at Carr Rock, Spittal alongside the very special “Russell”. A bloodless battle ensued and it was looking like a victory for the brave Yellow Tops but they were soon overwhelmed by their fearsome (but very friendly) foes!!

From all the Berwick Cancer Cars team – a huge, hearty “THANK YOU!” to the Capt’n and his awesome and very motley crew for their continuous fundraising and for always making it so much fun. For many years The Plundering Pirates of the North East you have been great friends and supporters and the Cancer Cars team are very grateful to you all.

“Hold, hold your rum up high,

For together we’ll get by,

Till the day we die!”

More Of Our Supporters

Nancy’s Dancers Raise £1000 at The Maltings for our Cars!

We use cookies on our website to give you the most relevant experience by remembering your preferences and repeat visits. By clicking “Accept All”, you consent to the use of ALL the cookies. However, you may visit "Cookie Settings" to provide a controlled consent.
Cookie SettingsAccept All
Manage consent

This website uses cookies to improve your experience while you navigate through the website. Out of these, the cookies that are categorized as necessary are stored on your browser as they are essential for the working of basic functionalities of the website. We also use third-party cookies that help us analyze and understand how you use this website. These cookies will be stored in your browser only with your consent. You also have the option to opt-out of these cookies. But opting out of some of these cookies may affect your browsing experience.
Necessary Always Enabled
Necessary cookies are absolutely essential for the website to function properly. These cookies ensure basic functionalities and security features of the website, anonymously.
Functional
Functional cookies help to perform certain functionalities like sharing the content of the website on social media platforms, collect feedbacks, and other third-party features.
Performance
Performance cookies are used to understand and analyze the key performance indexes of the website which helps in delivering a better user experience for the visitors.
Analytics
Analytical cookies are used to understand how visitors interact with the website. These cookies help provide information on metrics the number of visitors, bounce rate, traffic source, etc.
Advertisement
Advertisement cookies are used to provide visitors with relevant ads and marketing campaigns. These cookies track visitors across websites and collect information to provide customized ads.
Others
Other uncategorized cookies are those that are being analyzed and have not been classified into a category as yet.
SAVE & ACCEPT
Scroll To Top