Toward Family Support Our Cars From Texas

Richard and Pamela Toward 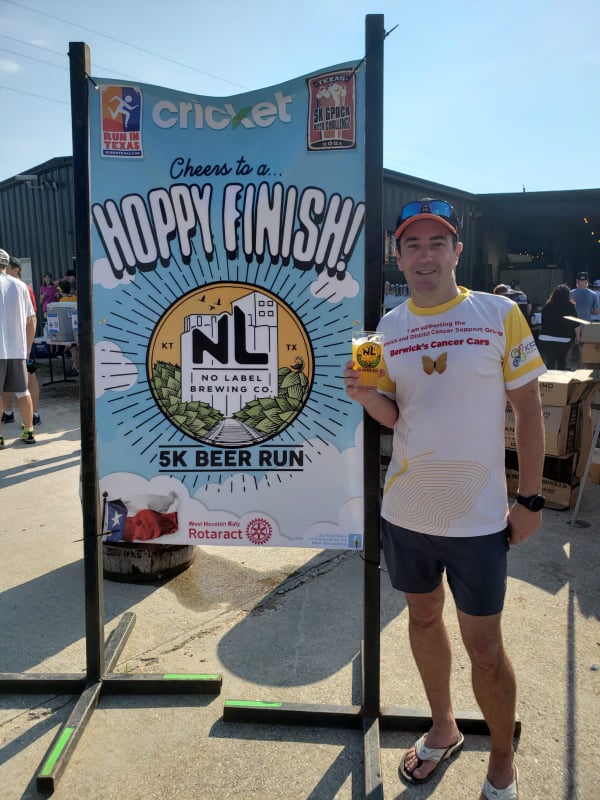 Running a charity in a small town inevitably means you sometimes end up helping people you know, are related to or are close friends. Sometimes you help total strangers who become friends.

Derek and Diane Toward used to run 11 Quay Walls Guest House in Berwick for many years and was friends and professional clients to our Chairman Andrew. Unfortunately, they also became clients of our Cars.

What makes our charity so special is the relationship we are lucky enough to have with our clients, their families, and supporters. We are not a huge nameless charity but a small local affair with a group of local, dedicated people giving up vast amounts of their time totally free of charge to help others. In turn the support we get from the people of Berwick and District opens up our limits and helps us to provide care to the huge numbers we do today.

Derek and Diane are no longer with us but the rapport we still hold with the family is treasured. Andrew had the honour of Piping at Derek’s funeral. On the 19th June Derek should have celebrated his birthday and to mark the occasion his son and daughter-in-law Richard and Pamela Toward marked the day by running a 5km ‘No Label Beer Run’ in Katy, Texas where they both now live and sent the charity a financial donation. When Richard and Pamela lived in Berwick they had previously supported our cars through fundraising.

We were over the moon to receive this news from Richard and Pamela and so honoured they thought of us as a way to mark Derek’s birthday. Seeing Richard wearing one of our tops in sunny Texas with a beer in his hand is just magnificent.

Thank you Richard and Pamela for your ongoing support to our cars, for sharing your photos and we hope our friendship continues for many more years to come.

Volunteering for our cars is rewarding in many ways but nothing can boost our spirits more knowing that we helped a family through such a difficult time and we meant so much to them they are still thinking of us years after we were needed.

Pamela and Richard are keen runners and our ‘Running Family’ keep track of them via Social Media and the Strava Running App. We are always admiring their stunning photos of their running routes in Texas, especially as we are preparing our 62 runners for this year’s Great North Run in September.

George adapts his quizzes for Covid

Toward Family Support Our Cars From Texas